How to do inverse transformation sampling in scipy and numpy 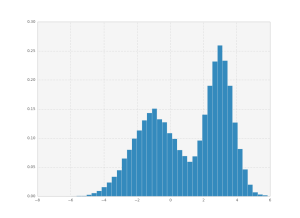 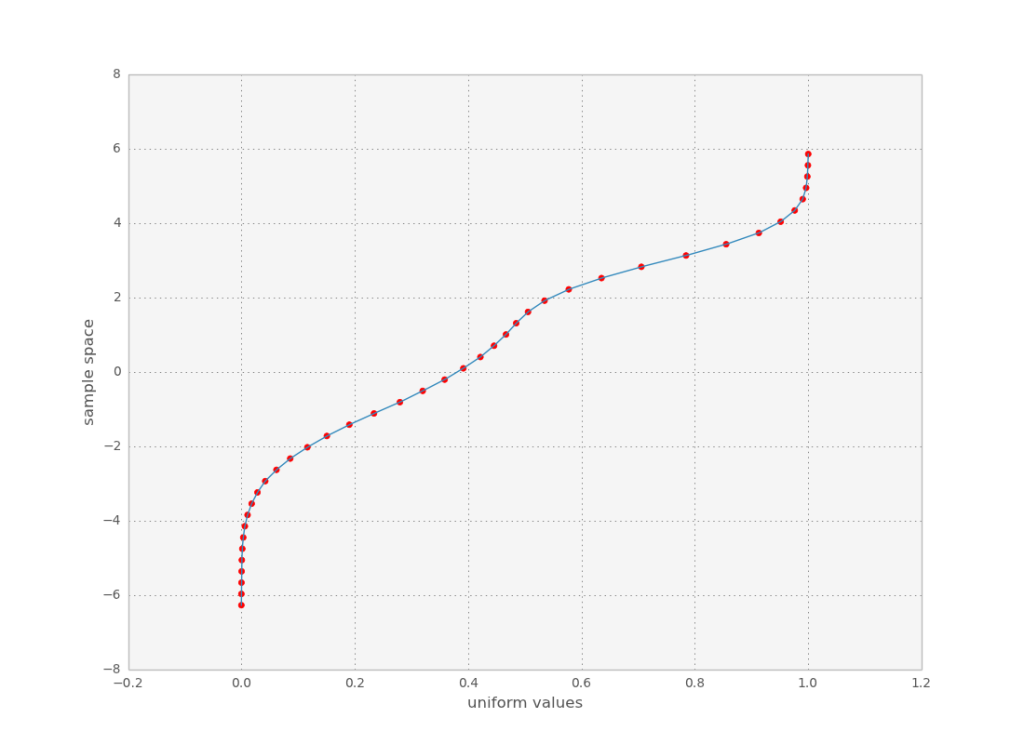 To implement this, we calculate the CDF for each bin in the histogram (red points above) and interpolate it using scipy’s interpolate functions. Then we just need to sample uniform random points and pass them through the inverse CDF! Here is how it looks: 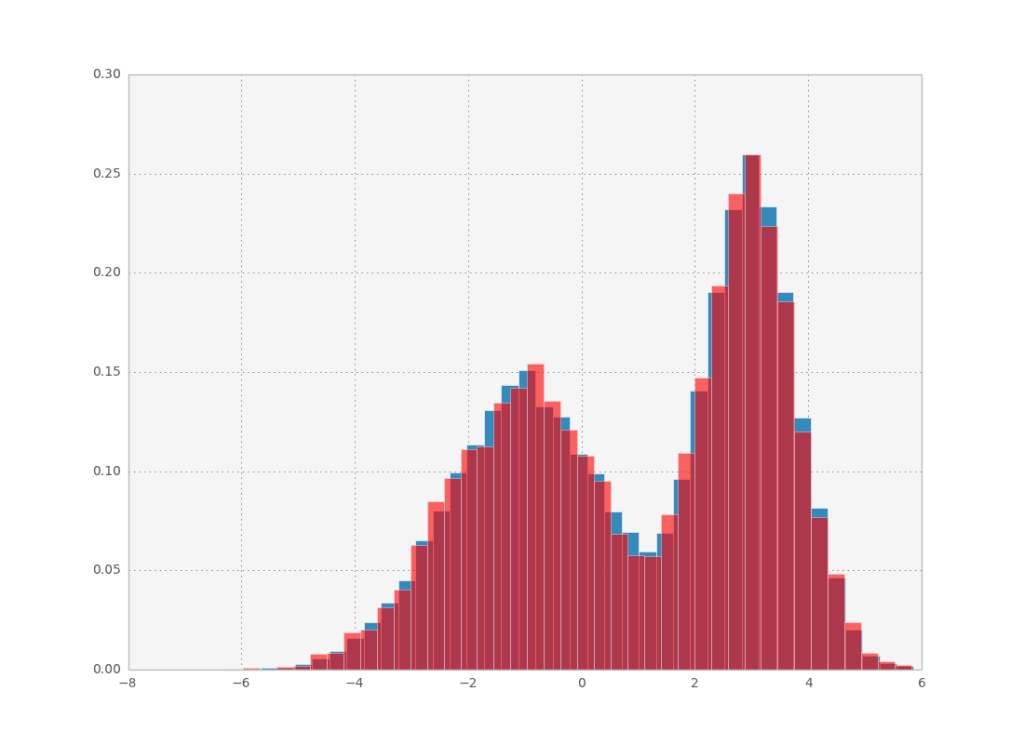